Another Father (Brad Pitt) Is Cleared in Child Abuse Case - Now What? 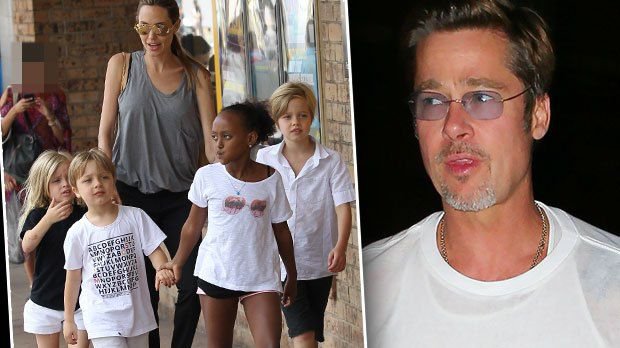 It’s a common story: Mom accuses Dad of being “abusive, negligent and violent” with the children – all to get a Domestic Violence Restraining Order or to start an investigation by the Department of Child and Family Services. Either of those means that Dad will be kept away from the kids while the investigation is ongoing. Mr. Brad Pitt, just found out the hard way the way this game is played. His wife, Angelina Jolie, pulled out ALMOST all the stops and accused him of being abusive with their teenage son, and that triggered an investigation and a “stay away” order that keeps Brad away from the kids. It’s a brilliant strategy, and very effective thanks to the courts and judges that are scared out of their minds of not protecting the “victims” – even if there aren’t any.

The wheels of justice, especially in family court, grind slow and painful, and that is in Mom’s favor, since she’s got the kids. In the Pitt/Jolie case, the six kids are with Angie, and Brad is probably beside himself with frustration, which is right where she wants him, he’ll sign anything to see his kids again if he’s like most fathers. I hope that he doesn’t sign anything that causes him long term problems, he needs to be careful with the traps that Angie is setting for him. I know he’s got amazing lawyers working for him, but desperate fathers do stupid things.

When HollywoodLife.com called me, I told them:

“If Angie wants to make it difficult, if she wants to retain sole custody, she might be trying to drag this out so she can get what she wants,” says David. “It is in the dragging out part that Brad might lose patience and he may sign any bad deal that comes in front of him so that he can get back to having a relationship with his kids.” Hopefully that doesn’t happen and they both get a fair deal!