Can Brad Pitt be told who to date by Angelina Jolie? 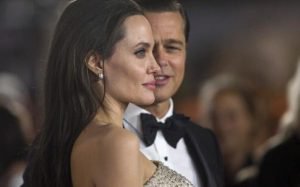 The rumors are flying that Brad Pitt and Angelina Jolie are doing battle on their post divorce relationships. Some people are saying that Angie wants to limit who Brad can date and how publicly. Sure sounds like someone is being overly controlling, if it’s true. In the18 years I’ve been practicing family law, I’ve never seen anything like this in a divorce judgment, but when I was speaking with HollywoodLife.com I told them my thoughts on whether it was legal or not.

“No sane lawyer would allow a ‘no dating clause’ in a divorce judgement,” divorce attorney David Pisarra told Hollywood Life on January 4. “I suppose, if there was enough consideration and money involved, such a clause is theoretically possible. I am not sure how a judge would be able to enforce such a clause unless there was a forfeiting of money.”

In the wacky world of divorce and celebrity, I suppose anything is possible. You can read more here.